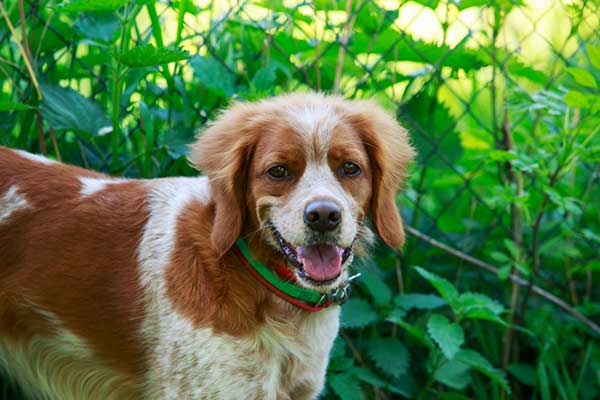 What Are Small Dog Breeds That Point?

You’re out playing with your dog or strolling around the neighborhood when suddenly, the animal freezes in place, lifts one of his paws off the ground, and bends the lifted foot as if to point in a particular direction.

If you’re spotting this behavior for the first time, you might easily dismiss it as part of your dog’s canine antics. However, most dogs don’t lift their paws and bend it in a particular direction just for the heck of it. This seemingly meaningless action has a deep underlying message, especially if it happens more often than not.

Dogs that freeze in place and point their paws intently in one direction are simply known as pointers or pointing dogs. Pointers come in all breeds, ranging from small to medium and even large.

This post unravels everything there is to know about pointing dogs, with a special focus on small dog breeds that point.

Pointing dogs refer to a type of gundog used specifically for pointing in the direction of game. The term ‘gundogs’ broadly implies dogs developed to assist hunters in finding and retrieving game. Pointing dogs are interchangeably called bird dogs, although the term ‘bird dogs’ may also denote hunting dogs in general.

True to their moniker, bird dogs were typically used to locate bird-like prey, such as quail, duck, and doves. However, these utility canines can also help in finding non-bird prey like the hare, deer, and even larger game like bears.

Besides pointing dogs, gundogs include two other categories, namely retrievers and flushing dogs.

As the name implies, retrievers are used to fetch prey for a hunter. This can include either live or dead game. On the other hand, flushing dogs are used to drive a hiding game into the open so the hunter can easily nail it.

How Do Pointing Dogs Work?

Pointing dogs perform one fundamental role during hunting – demonstrating to the hunter the general location of their quarry. This allows the hunter to move within firing or sprinting range.

But aiming the muzzle or limbs in a particular direction isn’t the only way pointing dogs work. When in a pointer stance, most dogs will also freeze in their tracks and adjust their head, body, and tail in a straight line.

It’s also worth noting that pointing dogs do not only demonstrate the direction of the game. Others may also double up as retrievers, going ahead to fetch the prey for the hunter. That’s especially if the prey is a land animal or flightless bird. A post shared by Bird Dog of the Day (@birddogoftheday)

A post shared by R i l e y 🐶 (@riley_englishspringer)

Conclusion: What to Look for In Small Pointing Dog Breeds

Intelligence and alertness are the most important traits a pointing dog ought to have. These features mainly come in handy while training a pointing breed, as they enable the dog to remember commands from months back.

Pointing dog breeds should also be energetic and athletically built. The dog should have the energy levels and body physique required to sustain explosive sprints when going after a quarry.

Loyalty and obedience are other major attributes expected of small pointing dogs. These dog should be able to follow your command on when to run, stop, bark, etc. That way, you can have an upper hand over your game.

As a bonus point, pointers should also be water-loving breeds. The dog should be able to track down quarry deep into marshy and swampy fields.