Chamomile tea is a commonly known beverage which has a number of health benefits.

Chamomile is a natural remedy because it is extracted from a herb which is a daisy-like flower in the plant family of Asteraceae.

You only need to dry the flowers and infuse them into extremely hot water to make a chamomile tea.

This is commonly asked question by a large number of individuals when it comes to remedies for dogs.

Chamomile has a high content of carminative and antispasmodic properties.

However, it is important to consult a veterinarian before giving any medication or plant to your dog. The key reasons for this are to help you give the appropriate dosage to your dog and also know if your dogs might be allergic. Chamomile is a certain herb which is normally characterized by its antiseptic and soothing properties. In addition, chamomile herb is commonly known for its digestive, anti-inflammatory, carminative, and analgesic properties.

This is some of the chamomile benefits when it comes to your dog. An appropriate dosage should be provided by your veterinarian before giving it to your dog.

The dosage depends largely on what you are intending treating. However, chamomile for puppies should be applied in minimal quantities.

Is Chamomile Tea Safe For Dogs?

Chamomile tea is considered safe to dogs only if the right dosage is administered. Therefore, it is important to control and supervise the dosage.

Chamomile tea is a natural remedy which helps in relieving anxiety in dogs.

Research shows that chamomile is a mild stress reliever for dogs. This is the main reason why a large number of products prescribed by a veterinarian for dog’s anxiety has a certain amount of chamomile.

In addition, you can use chamomile to calm down a hyperactive dog. 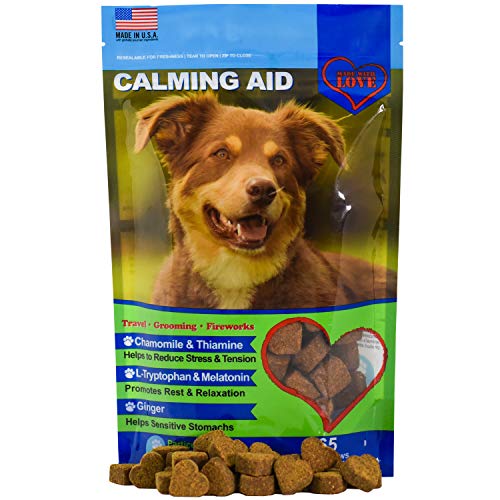 Chamomile can be used for dog eye infection. The main reason behind this is that it contains anti-inflammatory properties which help in easing soreness in your dog’s eyes.

As a dog owner, you should first make tea and then use the cold teabag to treat your dog’s eyes by compressing it on the affected parts only.

For quick recovery of your dog’s eyes, apply it on the affected parts three times per day. In case both your dog’s eyes are infected, consider to use different cold teabags for each eye to minimize any risks of cross infection.

ALSO READ: 10 Natural Home Remedies to Get Rid of Fleas on Dogs

Chamomile can be used to cure mild skin infection on your dog. This can be effective done by applying an already used teabag on your dog.

This should be done after washing your dog thoroughly. Then, make chamomile tea and allow it to cool and rinse your dog with it for effective treatment. You should allow the chamomile tea dry naturally, or else you can pat gently by use of a clean towel.

Chamomile can be used when it comes to flea bites, dry, itchy skin, and insect bites. It acts perfectly by relieving your dog from itchiness as well as helping your dog skin heal. Chamomile helps in relaxation of both bowel and stomach muscles, which concurrently helps in preventing stomach problems.

It prevents stomach problems such as Irritable Bowel Syndrome, vomiting, gas, indigestion, and many more. Chamomile can also be used to treat anxiety, which can be caused by stomach problems.

Make a concentrated chamomile tea, allow it to cool, and then give your dog the recommended dosage. Research shows that chamomile acts an appetite stimulant, which can encourage your dog to eat when undergoing the process of recovering from stomach problems.

Research shows that chamomile is a natural remedy to repel worms in your dog. It does not have any side effects.

Chamomile tea can be used as a home remedy to clean your dog’s ears as well as healing mild ear diseases. This is because it has sedative, anti-inflammatory, analgesic, antiseptic properties.

A dog owner should gently wipe the dog’s ears with a used chamomile bag. Dry your dog’s ears properly to prevent further infections.

Chamomile can be used in easing pain in the process of teething as well as soothing gums. Use a dropper to administer chamomile tea in your dog’s mouth.

ALSO READ: Valerian Root for Dogs – What Is It and How Can It Be Used?

How to Administer Chamomile to Your Dog

There are a number of ways which you can use to give chamomile dosage to your dog such as powder form, tea, capsule, or as a fresh ground herb.

The simplest and convenient way to offer chamomile to your dog is in tea form. This can be accomplished through ingestion or compression. Boil distilled water and add a teabag of chamomile. Allow it to steep for not less than five minutes. Then, remove the teabag and allow it to cool.

Give two tablespoons of cold chamomile tea to your dog each day.

Alternatively, you can add the chamomile tea in your dog’s water and allow it to drink throughout the day.

Is Chamomile Poisonous to Dogs?

Chamomile has not only many beneficial factors to your dog but also some negative effects only if given in a huge amount for a long duration.

Some of these negative effects include toxicity cases such as bleeding tendencies especially internal bleeding and gastrointestinal upset.

It is, therefore, a good idea to conduct your veterinarian in case you have been giving your dog a large amount of chamomile, which isn’t healthy. If you give your dog supportive care, it will recover from these toxic reactions. 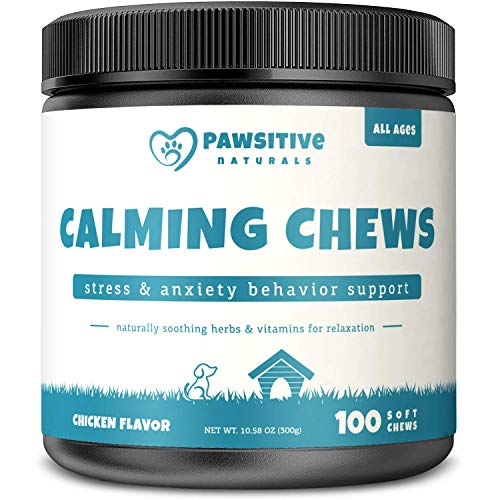 Symptoms of Chamomile Poisoning In Dogs

These symptoms normally vary from one dog to another. Some of these toxicity symptoms include: Causes of Chamomile Poisoning in Dogs

There are multiple properties in chamomile which lead to toxicity symptoms to your dog.

Chamomile has volatile oil formed as a result of a combination of chamazulene, Bisabolol, tannic acid, and anthemic acid. In long-term and strong doses, chamomile can cause various harmful negative effects to your dog.

As earlier mentioned, chamomile dosage varies from one dog to another.

It is, therefore, important to note that chamomile does not work to all dogs because some have been allergic.

It is important to pass your dog on a sensitivity check by the right veterinarian before giving it any new medicine, be it chemical or natural. The best veterinarian will confirm and recommend the right dosage based on an accurate diagnosis.

LEARN ABOUT IT: Are Scented Candles Toxic For Dogs?

The Best Chamomile To Give your Dog

There are many varieties of chamomile, but only two types are well known for medicinal purposes: Roman chamomile and German chamomile. 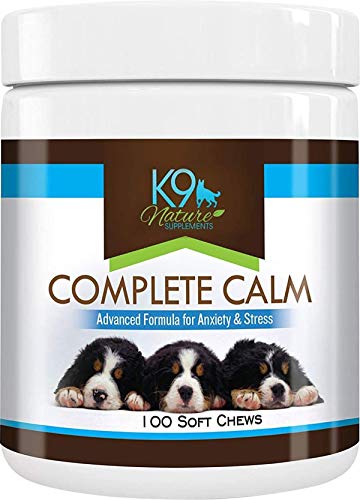 This is why you should consider consulting a right veterinarian to check if your dog is eligible to Chamomile dosage.

In addition, in case your dog is pregnant, limit the amount of chamomile administered as a tea to minimize any chances of side effects.