Why Are Pit Bulls So Popular?

Pit bulls are so popular because of their aggressive nature.

Well, this is a trait most people may consider negative publicity but if you examine closely how and why the dog was originally bred, it would be easier to understand why the dogs have to be so aggressive.

Apart from aggression, another trait that stands tall among various pit bulls is their rather solid and compact built. Over the years, pit bulls have epitomized strength and compared to other various dog breeds, they are also some of the most ferocious.

Now, if you combine their power with their savage nature, you will understand why most pet owners would be wary about bringing a pit bull to their homes, right?

Well, not quite. Years of domestication and crossbreeding has seen the modern-day pit bull winning the title as one of the most friendly canine companions.

Though they may have retained their power, most pit bulls in many homes today are obedient, loyal and fairly easy to train.

Now, that could explain why the dog has gained favor even among the celebrity world, so much that one of the members of the Black-Eyed Peas decided to adopt the name Pitbull as his stage name.

But just how popular are pit bulls? This question, and other related aspects shall inform the focus of this article.

Where Did Pit Bulls Come From?

Even before we delve further into some of the reasons for the popularity of pit bulls and try to answer the question – what are pit bulls known for?– we will begin easy by investigating the origin of this dog breed.

Interestingly, there is no pure dog breed known as pit bulls. Instead, the name is used to refer to any dog that descended from terriers and bulldogs.

As expected, the pit bulls usually possesses traits from the pedigree breeds from which it’s descended. Some of the common dog breeds that could pass as pit bulls include the following;

As we have already mentioned, various types of pit bulls were developed in the US and the UK by crossbreeding the bull-baiting dogs, and terriers.

The term bull-baiting refers to holding the heads and faces of other larger animals like bulls. This proves the fact that these dogs were originally developed for fighting.

And since there are various types of dog breeds that qualify as terriers, it is important to remember they ideally have some basic similarities. Usually, pit bulls are characterized by;

Also note that dogs that possess these traits are not necessarily pit bulls. The most important qualifier is that the dog must have been bred from terriers and bull dogs.

Therefore, original breeders desired a dog that would be very powerful and very fast. Indeed, these were some of the most important traits that fighting, hunting or herd dogs needed to possess back then. The pit bull was now used for blood sports such as bear-baiting and bull-baiting.

In 1849, a legislation known as The Prevention-of-Cruelty-to-Animals-Act was introduced with the aim of putting a stop to blood sports, with proponents of this legislation arguing the sport epitomized animal cruelty.

Though the act largely stopped mainstream blood sports, the sports continued to take place underground. And this is where pit bulls now became very popular.

As there were fewer larger animals like bulls and bears to pit the pit bull against, it was now pitted against smaller and weaker opponents such as other dogs.

The pit bull almost always emerged the winner, continually setting it on a higher pedestal in terms of strength, resilience and tenacity, as compared to other dogs.

Eventually, the instruments associated with blood sport were also banned and that saw the absolute end of using the pit bull for fighting matches.

Owners would now use the dog for hunting animals as well as herding cattle. More recently, the dogs have been used as police dogs, as well as helping in search and rescue missions. Even better, dog owners now began seeing them more as family companions.

The dogs had to adapt too, gradually losing most of their aggressive behavior. However, the pit bull still faces lots of stereotyping and discrimination.

Some people still see the dogs as very savage, with some jurisdictions banning the breeding and owning of pit bulls. There are even some insurance companies that will not cover liabilities suffered from pit bulls, including bites or damage to property.

ALSO READ: The Truth About The All Black Pitbull

From time immemorial, it is undeniably true that the pit bull has always been associated with aggression. So, why have pit bulls become so popular?

Well, there are plenty of reasons for that, some of which we will highlight.

Over time, pit bulls have grown into some of the friendliest dog breeds to have around. But remember that these dogs were originally bred to be aggressive, so they have preserved some level of aggression.

Past experiences in aggressive and tense environments could also make them fairly savage.

Pit bulls have a very high prey drive and any slight situation is enough to trigger a chase response. This is where adequate training is required to mellow them.

Most importantly, take the necessary precautionary measures before introducing your pit bull to other pets and members of your family.

Another thing that makes pit bulls very popular is that unlike other mixed dog breeds, they have minimal inherited diseases.

In rare cases, your pit bull could suffer from hip dysplasia, patellar luxation and demodectic mange. However, these cases are very rare, and do not affect all the pit bull breeds.

Well, it may sound obnoxious to term a dog aggressive and gentle in the same breath. However, that’s just what pit bulls are.

In blood sports, pit bulls rarely attacked humans. Indeed, for the sport to follow the laid-down rules, pit bulls had to be constantly handled by humans. There is hardly any reported aggression towards humans.

This proves that pit bulls only directed their aggression to other animals, not to their human owners.

As a matter of fact, research suggests that dogs that are aggressive to other dogs and animals will be least aggressive to people. This accurately describes pit bulls – hard on other animals but very affectionate with their human friends.

The question as to “what are pit bulls known for?” can be answered in many ways, one of which is their short coat.

Indeed, pit bulls have one of the shortest coats in the canine world, which makes them low-maintenance dogs both in terms of time and capital investment.

That you do not need to bath them often means you will be spending less money on bathing supplies. It also means they require less brushing, haircuts and most importantly, their fur is not odiferous.

5. Desire to Please Their Owners

If you are looking for a pet that will constantly lift your spirits and help banish your worries, you may want to consider a pit bull.

Pit bulls are known to go out of their way in order to please their owners and set them at ease. And should they find you difficult to please, they will even clown around just to get your spirits up.

They are pet dogs that delight in praises and in order to exact these praises, they will constantly try to get their owners’ approval.

Their eagerness to get their owner’s attention has seen some people even training them for criminal purposes. Well, that is not something worth glorying, but it still goes to show how attention-seeking pit bulls are.

Plus, the dog’s trademark smile is moods lifter. Even though you could be going through rough times such as grief, frustration and sadness, a simple glance at the wide grin around your dog’s mouth is a great way to boost your mental health.

It is always a great idea to have a dog with a penchant for exercise, and pit bulls is one such dog. With a pit bull, you will hardly need an exercise schedule.

This is because the dog likes to run around and naturally let out his energy.

Even if you are not the hyperactive type, the dog will still get you to exercise, which is nice for people who find it difficult to hit the gym. 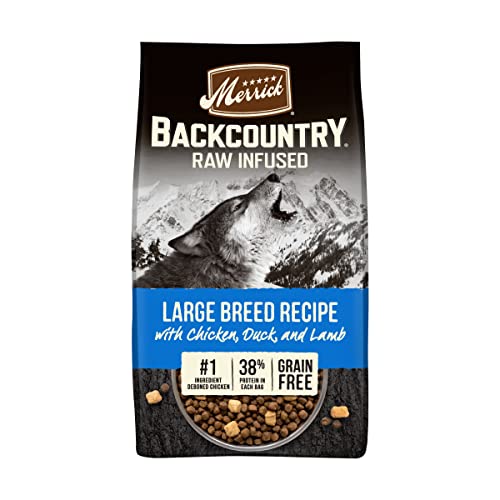 Last but not least, pit bulls have also been associated with so many myths which also add to their overall popularity.

The most common one is that the dogs are able to bite down and then their jaws lock. This is one myth that directly stems from their strengths.

There is also a common myth that pit bulls have a habit of attacking their owners. Nothing can be further from the truth. As we have seen, their aggression is rarely shown to their owners.

Also remember that there are over 3 different breeds classified as pit bulls, so it is easy to make the wrong conclusions based on the behavior of one of those breeds.

Conclusion: So, Why Are Pit Bulls So Popular?

There are so many reasons for the pit bull popularity.

But in a nut shell, the dogs’ power and strength, aggressive attributes and of course, their trademark smile are some of the main reasons they are considered so popular.

ALSO READ: An Informative Guide to the Impressive Gator Pitbull

3. BEST DOG DNA TEST
We Like: Embark Dog DNA Test – Embark screens for over 250 dog breeds + tests for 170+ genetic diseases including MDR1 drug sensitivity, glaucoma, degenerative myelopathy, and dilated cardiomyopathy, some of the most common adult-onset diseases in dogs.