But if you own a canine, it’s not unusual to catch it licking your bedding, particularly your pillow. And like any concerned pet parent, that might get you thinking, why does my dog lick my pillows and blankets?

The most common reason why your pooch may be fond of licking your bedding is that the dog likes the taste and smell of your pillows and blankets. Our bodies secrete sweat, and as you shall find out, dogs love that salty taste.

Also, remember that dogs have a sense of smell that’s up to 40 times greater than ours. Therefore, they may lick our bedding as the smell enables them to maintain touch with us, especially when we’re away.

But if you’ve always been wondering to yourself, why does my dog always lick my pillow? Well, there could be numerous other reasons besides the taste and smell of your pillow. Read on to find out.

How Do Dogs Communicate?

One of the most frequently asked questions is, how do dogs communicate? How we answer that question is crucial in understanding why your dog licks your pillow.

The following section shall highlight a few ways canines communicate with other dogs as well as their human friends.

If a dog closes its mouth tightly to hide its teeth or tongue, and has its gaze fixed in one direction, that could be indicative of a dog that’s attentive and focused on something.

But if the dog has its mouth wide open and bares all its teeth, that could signal an impending attack.

A dog that’s attentive or alert will have all its ears erect and slightly leaning forward. Ears that are pulled back and resting flat against the dog’s head are usually a sign of anxiety and fear.

And ears that are held sideways often indicate a dog that’s passing through conflicting emotions, as is often the case with a dog that’s trying to adjust to its new surroundings.

A fixed gaze with direct eye contact is often associated with confrontation. If the dog doesn’t perceive you as a threat, it will try to avoid eye contact at all costs.

Some dogs will also blink as a way of trying to diffuse a tense atmosphere. Much like the eyes, dogs tend to assert their dominance by pointing their heads directly at the perceived threat, sometimes also baring their teeth.

On the other hand, canines show submission by turning their head away from their owners or other dogs.

Dogs display confidence by holding their tails high. And when a dog is attentive, you’ll observe that its tail lies horizontal and points away from the dog’s body, but isn’t stiff.

Finally on tail movements, a dog may wag its tail to communicate its excitement to see you. A dog could also wag its tail as a calming signal or as an expression of contentment. A dog’s bark could mean different things, depending on how the sound comes out.

For instance, a dog that’s trying to alert its owner about an intruder will bark in rapid strings, often pausing in between. If the barking is prolonged, it could be indicative of loneliness or the readiness to confront a perceived threat.

In most cases, growling is associated with dominant dogs. It’s a sound that a dog gives to scare away threats and display its intention to attack if the threat doesn’t back away.

Dogs mostly yawn as they try to awaken, but some yawns are associated with stress.

A dog may also yawn when trying to pacify another aggressive dog. It isn’t necessarily a sign of submission, but an expression of the dog’s unwillingness to be confrontational.

But when it comes to humans, most dogs lick as a show of affection. And that often ranges from licking their human bodies to the furniture in the house, beddings and anything else that the dog associates with its owner.

ALSO READ: How To Keep Your Dog Off The Couch (15 Easy Tips )

Now, that gets us back to our question, why does my dog lick my pillow?

Reasons Why Your Dog Licks Your Pillow

As we’ve already mentioned, the main reason why your dog licks your pillow is that the pillow tastes good. The habit of licking pillows is more common among puppies.

But why does your pillow tastes so good for your pup?

As you sleep, your body’s metabolism doesn’t shut down, and all the physiological processes continue to take place through the night. Your body secretes sweat that’s mostly sucked up by the pillows and other beddings.

Human sweat contains plenty of sodium ions, which account for its saltiness. It’s that very saltiness that your dog finds tasty. Salt reminds the dog of the taste of its food and since your body also secretes oils, most dogs find that combination even more savory. Salt also triggers a dog’s thirst glands, thereby enabling the dog to drink enough water.

If you’ve been keen enough, you must have realized that your puppy goes to drink immediately it’s done licking your pillow.

Besides sweat and oils, our bodies go through other natural processes, such as skin and hair shedding. These dead matter also have a degree of salinity, which makes them taste sweet to your dog.

The following are other possible reasons why your dog licks your pillow.

1. You Leave Your Scent on the Pillow

As you spend the better part of the night lying on your bed, you leave some natural scents on the bedding. These are the very smells that the dog uses to identify you.

When a dog licks your pillow, it could be a sign of affection. The scent of your body that lingers on your pillows keeps the dog hooked to you even when you’re gone.

It’s an excellent way of maintaining a close bond between a dog and its owner, especially for pet parents that are normally gone for extended durations of time. Also, the mere fact that you spend a long time on your bed means that the dog naturally associates your pillow with you. So, even if you don’t leave any scents there, the dog will always lick the pillow to show its love for you.

However, that makes more sense if the dog only licks the pillow when you’re not there, as opposed to bypassing you to lick the pillow instead.

It’s not only the taste of your sweat that might draw your dog to your pillow.

Some of our canine friends just adore the smell and taste of our facial products and body lotions. It could even be the laundry detergents or softeners that you frequently use.

The best way to establish that your dog is drawn to your skincare and laundry products is to change the product and observe how the dog responds.

In some cases, the fluffiness of your pillow may also be a pull factor. Needless to mention, the presence of broth spills on the pillow will inevitably cause your dog to lick it.

A change of diet is also another possible reason why your dog could be licking your pillow.

You must remember that dogs are creatures of habit. Therefore, a slight change in their routine is likely to throw them off balance, getting them to lick excessively on anything they can find, including your pillows.

At times, your dog might be totally opposed to the new diet and by licking your pillow, it may be trying to communicate its aversions.

Perhaps, the new diet lacks enough salt and the salty taste of the pillow reminds the dog of what its former diet used to be. Separation anxiety is one of the most common mental disorders that pets suffer from. And as the name suggests, this condition refers to the anxiety that stems from loneliness and boredom.

A dog that’s suffering from separation anxiety will, in most cases, lick the pillow when you’re about to leave the house. The dog is often trying to communicate how much it will miss you when you’re gone.

So, if you’ve always been wondering, why does my dog always lick my pillow when I wake up? Well, you’ve got your answer right there. And the same explanation might also help pet parents who often find themselves asking, why does my dog lick me in the morning?

Separation anxiety usually results in low self-esteem. As such, a dog may lick your pillow as a way of consoling itself when you’re away. It’s their own way of trying to banish their fears, worries, and insecurities.

Remember, the only part of you that you left behind is the sweat, oils, as well as the dead hair and skin follicles on your pillow and bedding. Much like cats, dogs are crepuscular animals. That means they’re generally more active at dawn and dusk. And that might help to explain another common pet-related question – why do dogs lick you before bed?

As their activity peak around these hours, the dog wants to spend as much time by its owner’s side as it can. But since this is also the time that you retire to bed, your dog will want to cuddle by your bedside, licking your pillow and other beddings.

ALSO READ: 5 Dog Sleeping Positions and What They Mean

Lastly, the habit of licking your pillow could be symptomatic of an underlying medical condition, such as Obsessive-Compulsive Disorder.

OCD is characterized by repetitive and persistent behavior, including those that are self-destructive to the dog. And when you try to break the habit, a dog that’s suffering from this condition will usually get upset and respond negatively.

Whichever the medical condition the dog is suffering from, your best bet is to enlist the services of a professional vet as soon as possible. 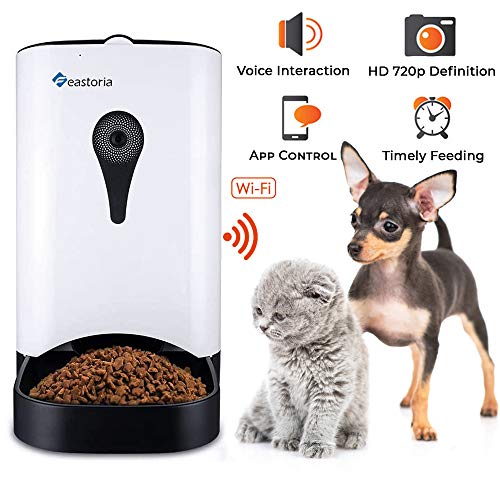 How to Get Your Dog to Stop Licking Your Pillow?

The following are some of the tips that you can implement to stop your dog from licking your pillow;

1. Do not reinforce the behavior by rewarding the dog. But don’t punish the dog either. Hitting the dog or yelling at it will only encourage the undesired behavior.

3. Spend ample time with your dog to reduce separation anxiety.

4. Ensure the dog eats the right diet and has plenty of things to chew on.

It’s not unusual to come across your dog licking your pillow. The only thing to establish is if the action is abnormally frequent and intense.

If you suspect an underlying medical condition, take the dog for veterinary examination as soon as possible.

link to All About The Great Dane Dalmatian Mix (With Pictures)